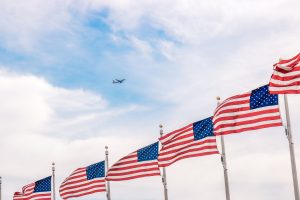 The government uses Whistleblower Reward Laws to detect fraud and safety issues. Through Whistleblower laws, the government has already detected billions of dollars in fraud. The government has also recovered tens of billions of dollars for taxpayers. This money also saves substantial tax payer money in future prevented fraud. Some of these laws target large healthcare and defense corporations who commit fraud against the government. Other laws target financial institutions that commit investment fraud. Bounty Actions also target corrupt multinational corporations that violate the Foreign Corrupt Practices Act. It is extremely important that Whistleblowers continue to expose fraud and corruption.

These whistleblower rewards laws and related protections continue expanding. Moreover, the laws are being expanded at both state and federal levels. More specifically, many states have one or more types of whistleblower reward laws in place. There are also federal laws in place that encourage states through economic incentives to enact their own Medicaid recovery laws.

Further, on the federal level, the Federal False Claims Act (FFCA) recently amended by the Federal Enforcement and Recovery Act (FERA). The amendment expands the reach of the FFCA to include subcontractors working under a government contractor. The FFCA also expands protection for employee whistleblowers.

Whistleblower Reward Laws are the most effective method for exposing fraud. The laws encourage people with specialized information to identify and expose large scale fraud. Whether this fraud is against the government, or in financial markets, it needs to be exposed. Recent changes in these laws provide increased potential financial rewards for whistleblowers. The changes also create stronger whistleblower protections. Original information of significant fraud is required for rewards and protections. In other words, a whistleblower must have original first hand knowledge of significant fraud.  By offering large financial awards and economic incentives to persons with knowledge of fraud and corruption, the Federal Government has collected tens of billions of dollars from fraudulent corporations. The government has also paid billions of dollars in whistleblower rewards and bounties.

The strong public policy behind creating a financial reward for whistleblowers is efficiency. More specifically, the government is significantly less likely to detect fraud, than persons in certain positions with specialized knowledge of health care fraud, Medicare fraud, Medicaid fraud, government contractor fraud, securities fraud, defense contractor fraud, investment fraud, foreign business fraud, tax fraud, or other forms of government fraud that have been committed. Congress has made it clear that creating these financial incentives is beneficial for the government. Further, it is beneficial for taxpayers and the realtor. It is also the most efficient method of regulating government, preventing fraud, and identifying fraudulent schemes.