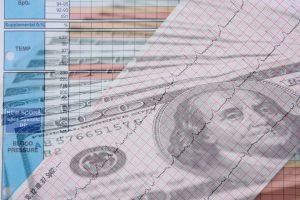 Healthcare Fraud is one of the fastest growing crimes.  Further, it is estimated that health care fraud in the United States has increased to over two hundred billion dollars ($200,000,000,000.00) each year. Additionally, the amount of healthcare fraud continues to increase each year. More specifically, healthcare fraud includes Medicare billing scams and Medicaid billing scams.  Examples of these types of health care fraud include upcoding, double billing, billing for unnecessary services, billing for services not needed, and billing for services not provided.

The United States and several states are targeting healthcare fraud through whistleblower Reward laws.  More specifically, the government has strengthened the Federal False Claims Act to add additional protections to whistleblowers. The law also continues to expand the targets of whistleblower actions.

Many healthcare professionals report these healthcare fraud schemes through a lawyer. In doing so, the lawyer provides advice on the strength of the potential case. The lawyer also helps organize the information and evidence to properly expose the fraud.

Health Care Whistleblower Reward Lawsuits are the most effective method for identifying and preventing large scale health care fraud against the government. As such, the United States and several states have enacted health care whistleblower reward laws that harness the power of economic incentives by offering large monetary rewards to whistleblowers that properly report significant fraud.

Healthcare  Whistleblower Reward Laws are the most effective method for identifying and preventing large scale health care fraud against the government. Further, these laws encourage the public through rewards to identify and expose significant fraud. More specifically, the laws use individuals with specialized knowledge of hard to detect fraud to expose the fraud.

As such, the United States and several states have enacted health care whistleblower reward laws that harness the power of economic incentives. Further, through incentives these laws offer large monetary rewards to whistleblowers that properly report significant fraud.

Additionally, for more information on this area of law, please go to the following web pages:

Further, there are a variety of types of whistleblower protection statutes that may apply to a particular whistleblower action. More specifically, the main goal of these statutes is protect heroes and whistleblowers who expose large scale fraud. Further, this public policy encourages individuals to expose senior executives who are fraudulently stealing from the government.