SEC Bounty Actions offer large financial rewards to individuals who properly expose securities fraud and other forms of investment fraud.  Further, these Bounty Actions allow professionals to anonymously expose fraud through an attorney while protecting their identity and seek a financial reward. However, these laws are first to file laws and require original information or specialized information. In other words, the first whistleblower who properly exposes the fraud gets the reward. The first step for many professionals who want to expose fraud is to have a lawyer confidentially review their potential case. The lawyer can also provide advice as to which laws may apply and the strength of the potential case. 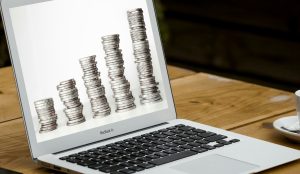 With the success of the Federal False Claims Act and several state false claims act, the United States has enacted Bounty Actions. These reward Laws expose investment fraud, commodities fraud, and securities fraud. These Bounty Action Whistleblower Reward Laws are section 21F of the Securities Exchange Act (SEC Whistleblower Bounty Actions), and section 23 of the Commodity Exchange Act (CFTC Whisteblower Bounty Actions). These laws passed in the wake of Financial Market Melt Down in 2008. More specifically, these laws are a response to massive fraud in the financial markets. For this reason, investment fraud, securities fraud, SEC violations, commodity futures fraud, violations of the foreign corrupt practices act, and other financial fraud are targets of these laws. These whistleblower reward laws protect whistleblowers that step up and blow the whistle on financial fraud. More specifically these whistleblower recovery laws encourage people with specialized knowledge of significant fraud to expose the fraud

Bounty Actions offer large financial awards and economic incentives to persons with knowledge of significant fraud. The anonymous rewards encourage financial professionals and investors to expose fraud. When the government offers economic rewards to private citizens for exposing fraud and crimes, such rewards are called “Bounty Actions”. In these actions, the whistleblower is not a party to any lawsuit. The whistleblower only provides information to the government.

Bounty Actions are based on the theory that one of the least expensive and most effective means of preventing fraud are bounties. More specifically, the government uses the public to identify fraud and illegal conduct.

SEC Bounty Actions and CFTC Bounty Actions detect and expose fraud in the financial markets. More specifically, these laws set up supplement government regulation and enforcement by encouraging whistleblowers to expose fraud. For this reason, financials professionals with specialized knowledge of significant fraudulent schemes are a main target.

Governments have long had trouble with unscrupulous government contractors defrauding the government. Examples of this fraud include providing defective goods, over billing services, and seeking payment for goods and services never provided. For this reason, the solution that many governments have created is to set up economic incentives for the public to expose fraud. In other words, they offer rewards to whistleblowers with inside information of fraudulent government contracts to blow the whistle on fraud.

During the Civil War, corrupt military contractors were defrauding the United States Army out of hundreds of thousands of dollars and putting troops at risk by supplying troops with defective products and faulty war equipment. Illegal price gouging was also a common practice and the armed forces of the United States suffered. In response, Abraham Lincoln enacted the Federal Civil False Claims Act. A key provision of the act was known as qui tam.

However, the laws were weakened in 1943 during World War II while the government rushed to sign large military procurement contracts. However, it was strengthened again in 1986 after a long period of and increase in military spending as well as many stories of defense contractor price gouging and government waste.